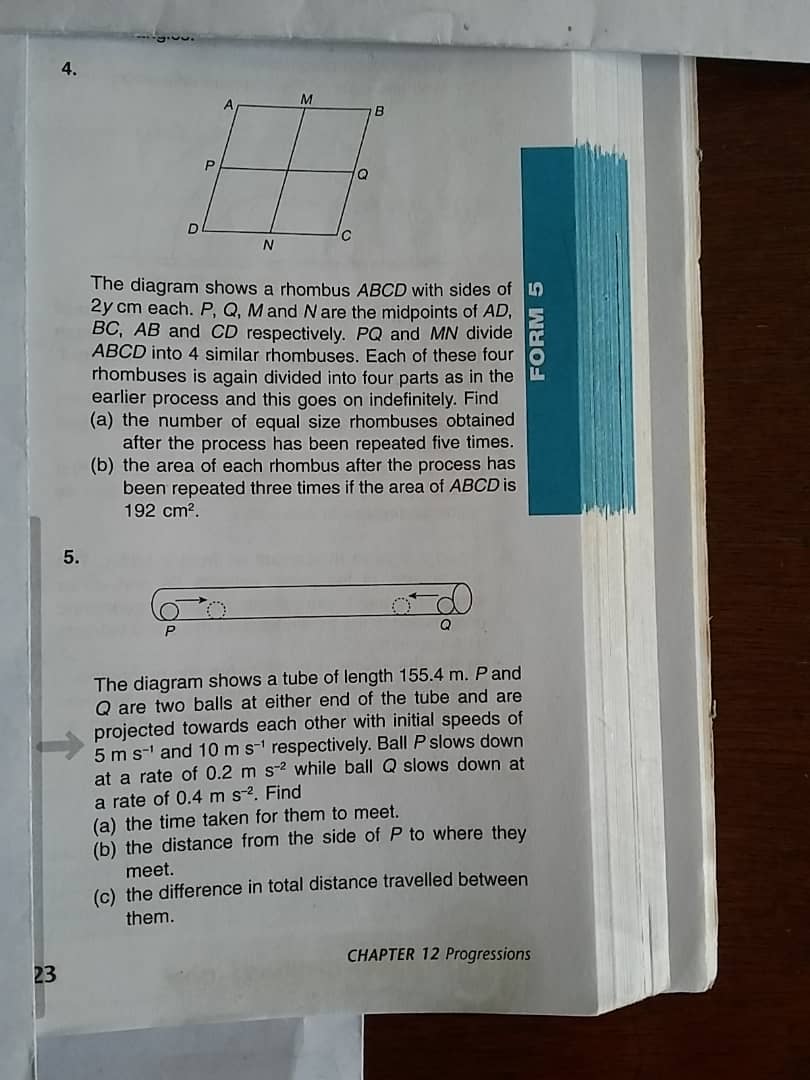 I’m not sure my answers correct or not😂

Hi YiHang,
This is a rather tricky question, the reason my answer differs from Farhaini is because of the word “repeat” .

(a) Firstly, the question divides 1 rhombus into 4,
then they tell you to “repeat the process five times”. 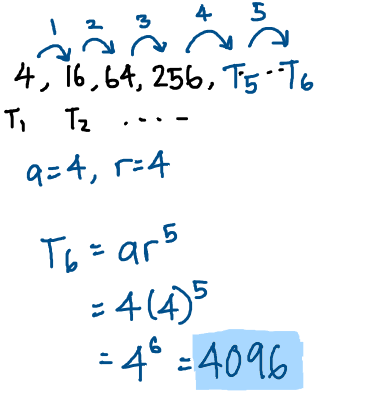 The same goes for (b), I should be looking for T_4 if I repeat the process three times: 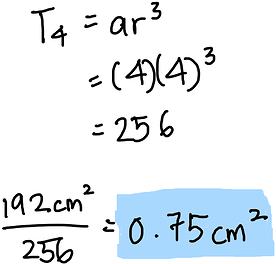 You can also use Farhaini’s way, where she divides the area without finding the number of rhombi: 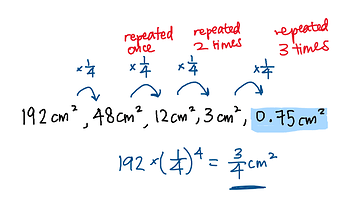 Could you share the answers of the book with us? Just to double-check. Much thanks!

As for question 5, I don’t think it has to do with progression, most probably it is from the motion of a straight line or kinematics chapter (forgot the name

)
There are two ways to solve this: Physics approach (no integration needed) and the integration approach.

But first, let us summarize the question information:

When P and Q meet, then we can deduce that

Since both balls have constant deceleration, we can use suvat for this question.
s = ut + \frac{1}{2}at^2
For this very case, I won’t be applying “motion to the left = negative velocity” and “motion to the right = positive velocity” that kind of rule. (Well, actually you can do that, then one of your decelerations will have a positive sign and you have to use modulus later on when it comes to adding the displacements)

I will only use the negative sign for deceleration because its direction opposes the motion of the ball. 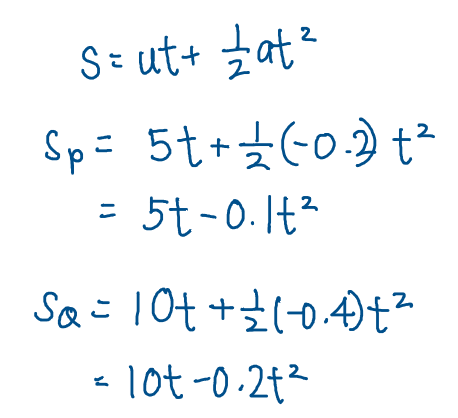 Then s_p + s_q = 155.4 from what we deduced earlier. Solving the quadratic equation gives you two values. 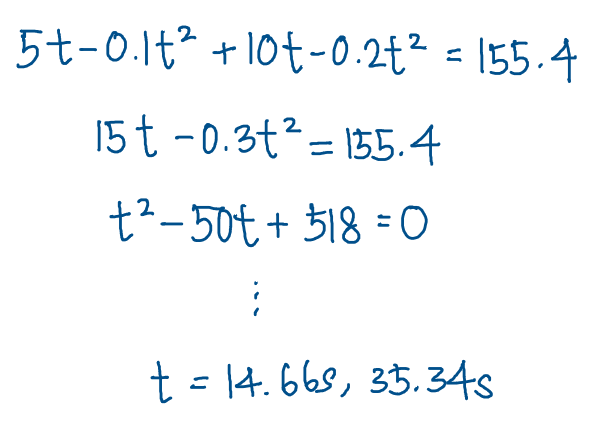 But which value to use? We take the smaller one. Use t=14.66s, and reject t=35.34s
This is because 14.66s is the first time they meet. You don’t really know what does t=35.34s mean. Maybe it’s the time that they reach back their original position after they collide? But you don’t know what happens after they meet. Elastic collision? Inelastic collision? Don’t have to know, don’t have to worry.

Part (b) and (c) becomes easy once you have solved part (a), it’s simply just substitution.
Part (b) 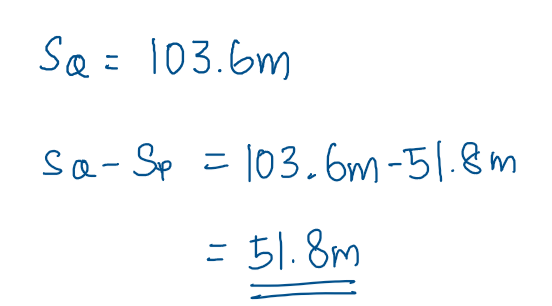 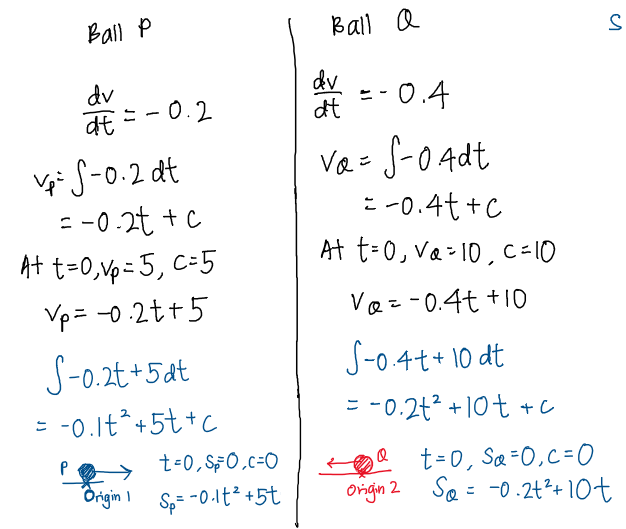 Then I use c = 0 for each ball because I have two origins. Initially both balls are at their respective origins so the displacement at t = 0 is 0 for each ball. (If you’re only using one origin for both balls, c will be different)

I get the same expression as the physics method, and the next steps are all the same.

Hope this helps, if it’s too complicated feel free to ask for further clarification, or I could think of another method to explain it to you