[ SPM Chemistry Carbon Compound] What is the difference between boiling point and Volatility? 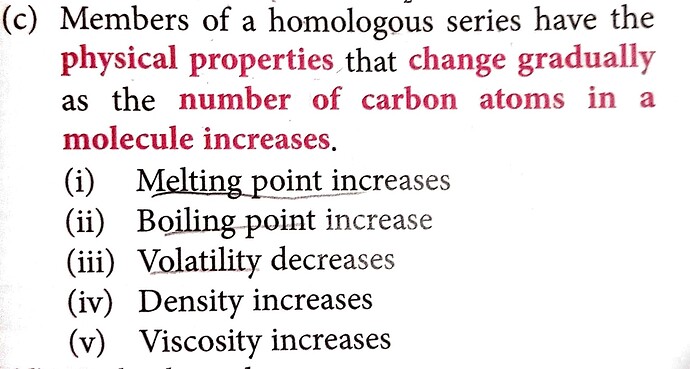 Although boiling point and volatility are both related to the change in phase from liquid to vapor states, boiling only occurs at a fixed temperature when the “vapor pressure” generated by the heated liquid equals/exceeds the atmospheric pressure.

On the other hand, volatility is a qualitative property - a volatile material means it is easily ‘vaporized’. It is quantitatively described using vapor pressure AND boiling point.

So in the context of this question, as number of carbon atoms increases, usually the hydrocarbon changes from gas-> liquid → solid, in which it becomes less volatile DUE TO higher boiling point.

I understand Thank you very much!