[SPM Physics Electronic] How to get the '2 div' ? What is div means? 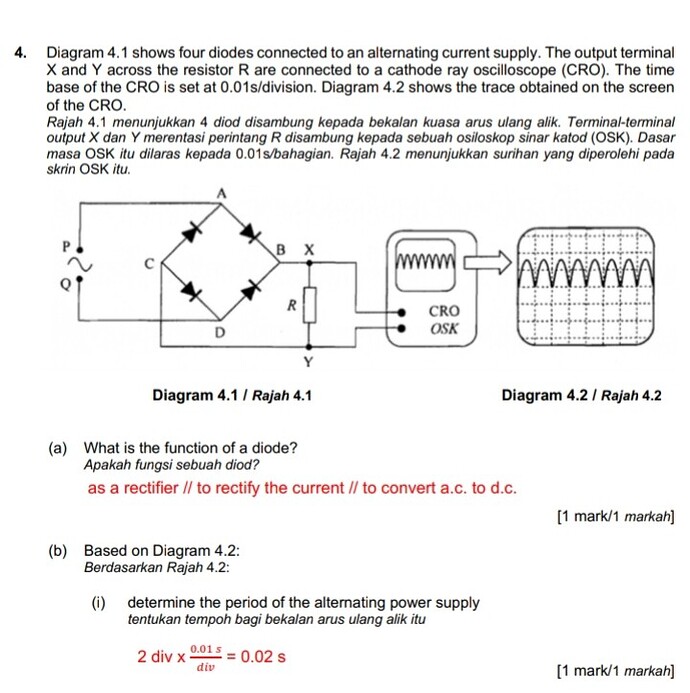 Hi Farhaini,
In Diagram 4.2, the trace represents the current after rectification, where the current only travels in one direction. 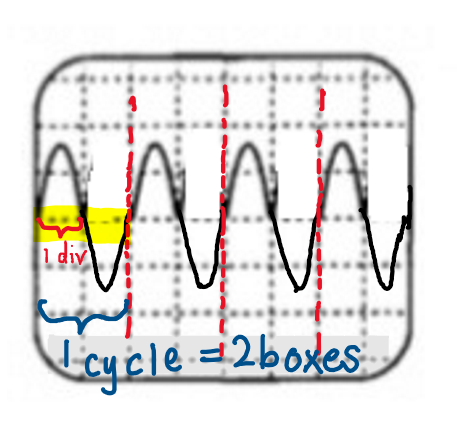 1 division actually means 1 box on the CRO.
1 cycle of the a.c. occupies 2 boxes, which is 2 divisions.
(You can think of division as something like length)
The time base is given by the question, which is 0.01s/division. So we multiply the number of divisions in one cycle with the time base to find the period of the a.c. Here, you notice that the “div” unit cancels off.
2div \times 0.01s\space div^{-1}=0.02s

So if we have an a.c. supply but we don’t know the frequency of the a.c supply, we will connect the a.c. supply to a CRO, and use the same method to find the frequency by first finding the period, then we would just use the formula Frequency=\frac{1}{Period}

Ohhhh I see Thank you very much !