[SPM Physics Free Fall Question] Why dropped in vacuum the graph will look like this?

The feather and the water droplet are dropped in a vacuum. Sketch a velocity-time graph to show the motion on both objects. 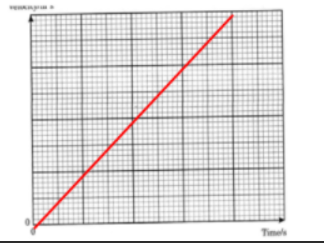 For linear motion, we know

Assuming that both feather and water droplet are initially at rest, followed by a release, v₀ should be equal to zero (stationary), hence the equation is now:

In a vacuum, the air resistance is close to zero or negligible, hence the falling objects will not approach the terminal velocity. The only force acting on the falling feather and water droplet is gravitational force, represented by:

Therefore, the velocity profile should be a straight line through origin with a gradient of 9.81, where vi s linearly proportional to t as described by the equation below.